When Jeff Johnson first walked into the John C. Hodges Undergraduate Library as a UT Architecture student, he had no inkling of the role libraries – and this one in particular – would play in his life and career. More than four decades later, the lauded local architect, who recently received the Gold Medal for career achievement from East Tennessee’s chapter of the American Institute of Architects, has become the go-to guy when someone needs a library built, and he is an invaluable supporter of UT Libraries.

As a lifelong lover and collector of books, Johnson spent much of his time as an architecture student in the UT campus libraries, both studying and reading for pleasure. “Between Hoskins and Hodges, I was overwhelmed by the opportunities to just wander the stacks and find such amazing material,” Johnson recalls.

He earned his Architecture degree in 1976 and spent the remainder of the Carter years not building things. Projects were few and far between due to high interest rates, and Johnson put his college graphic design courses to use designing exhibits for the Children’s Museum of Oak Ridge and working on the public education project An Appalachian Experience. This three-year project was spearheaded by Jim Stokely III – son of Wilma Dykeman Stokely – and created numerous projects, teaching materials, literary works, and documentary videos. One of these was 1982’s An Encyclopedia of East Tennessee, which Johnson and Jim Stokely edited and designed together.

Everybody uses the library, but nobody graduates from there, so it’s important to develop a base of support.

In 1986, when Johnson joined local architecture firm McCarty Holsaple McCarty, the very first project he worked on was the remodel of Hodges Library. UT had chosen to renovate Hodges Undergraduate Library rather than construct a new building when Hoskins Library reached its shelf and seating capacity in 1979. The new $29 million, six-story, ziggurat-shaped building opened in 1987. “I got to know the building from the inside out during that time period,” Johnson says. “I was involved in everything from the specifications for the stacks, the carpet, the tables, I helped design the carrels – I did the actual line drawings for a lot of it, so I know the library very well.” He has since been involved in every library project MHM has taken on over the last three decades, including Blount County Public Library, Johnson City Public Library, Bristol Public Library (VA), and LaFollette Public Library.

The ongoing presence of libraries in his life is not relegated to the professional realm. Johnson is a dedicated library supporter: he is the current president of the Knox County Public Library Foundation, a member of the Friends of the Knox County Public Library, and a member and former president of the Library Society of UT’s board of directors. His lifelong passion for book collecting has also led to a recent induction into New York City’s prestigious Grolier Club, America’s oldest and largest society for bibliophiles.

Johnson wants his engagement to make a difference. “What I hope to do as a member of the UT Library Society,” he says, “is to increase the awareness of the need for people to give money to the UT Libraries, since it doesn’t have a graduating class. Everybody uses the library, but nobody graduates from there, so it’s important to develop a base of support that other colleges in the university have naturally.”

Johnson has seen many things change over the years he’s been designing and building libraries. He was intimately involved in the design process for Hodges’ second-floor Commons in 2011, a space that focuses on meeting students’ changing needs. “It’s much more about group study,” he observes, “about studio areas to produce materials. It’s also about being alone together – where people are on their headphones but don’t want to be alone in their rooms on headphones. It’s more sociable that way.”

I love to go to the exhibits that Special Collections pulls together.

Johnson appreciates more traditional library roles and services as well. “Where I am now in my life, I love the Special Collections areas,” he says. “I love to go to the exhibits that Special Collections pulls together.” Supporting these unique resources is a major reason Johnson donates to UT Libraries. He also values the lending privileges he receives as a perk of being a Library Society member, and is looking forward to spending time this winter at home perusing electronic literature bibliographies.

During most of 2019, Johnson has been a key architectural leader of a team of St. John’s Episcopal Cathedral parishioners directing a major restoration of the Romanesque structure on the corner of Cumberland Avenue and Walnut Street that has stood as a Knoxville landmark since 1892. “It has been one of the most challenging and rewarding projects I’ve ever been a part of,” says Johnson.

On October 25, 2019, Johnson was recognized with an Accomplished Alumnus Award, presented jointly by Dean of Libraries Steve Smith and Dean Scott Poole of the College of Architecture and Design. “Over the past 30 years, Jeff Johnson has built a career that few can match, and he has supported his alma mater all along the way. We are so proud to call him one of ours, and are honored to recognize him with an Accomplished Alumnus Award,” says Dean Smith.

Spending time at home is a priority for Johnson these days. There’s nothing he and his wife, Lyn, would rather be doing than doting on his grandson, James, who was born on January 2, 2019. And after more than three decades at McCarty Holsaple McCarty, a lifetime of traveling (including running with the bulls in Pamplona, Spain – just once!), and years of community engagement, Johnson has earned that downtime. But he’s not done yet. “I’m still a few years away from retiring, but I’m starting to think about what I want to do when I’m no longer an architect,” he says. And while he doesn’t think he’ll be designing any buildings after leaving MHM, none of the ideas he mentions sound much like he’ll be slowing down. 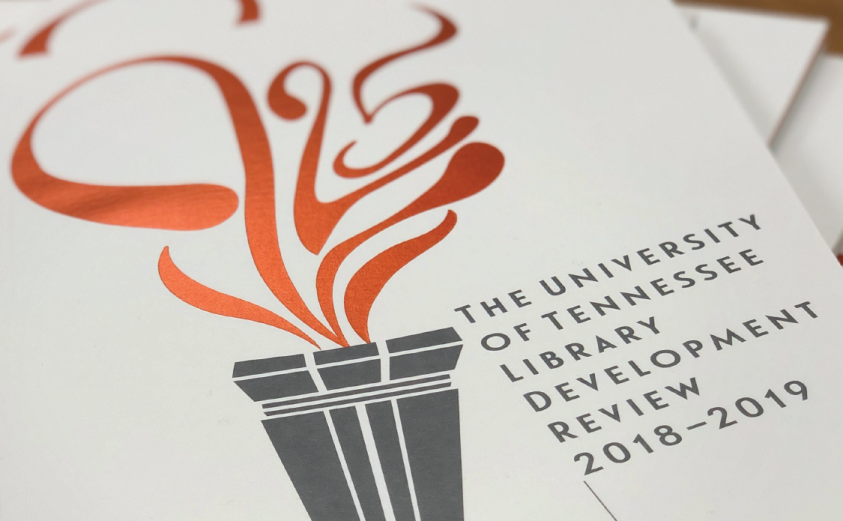 Important: All events will be held virtually. Event details will be updated.