The John C. Hodges Library in the heart of campus houses the majority of the UT Libraries’ collections and many unique services. The Learning Commons, which comprises the entire second floor of Hodges Library, gathers research assistance, technology resources, and group study rooms in one convenient location. The first floor houses the Miles Reading Room, a graduate student common area, the Betsey B. Creekmore Special Collections and University Archives, and a 150-seat auditorium. Ground floor features a Veterans Resource Center and One Stop Student Services.

The library is named for the late John Cunyus Hodges (1892–1967), professor of English and long-time benefactor of the university’s libraries. A scholar of English literature and professor at UT for 41 years, Hodges was the author of the Harbrace Handbook, possibly the most widely used college text in the country.

The present John C. Hodges Library, which opened in 1987, is an expansion of an earlier undergraduate library of the same name that stood on the Volunteer Boulevard site from 1969 until 1984. Architects for the 1987 project were McCarty Bullock Holsaple, Lindsay & Maples, and Cooper & Perry. Rentenbach Engineering Company was construction contractor. The new expansion essentially wrapped around the core of the older building and more than tripled the library’s square footage. A central, lofty galleria and sweeping stairways link the Volunteer Boulevard entrance on the ground floor and the Melrose Avenue entrance on the second floor. 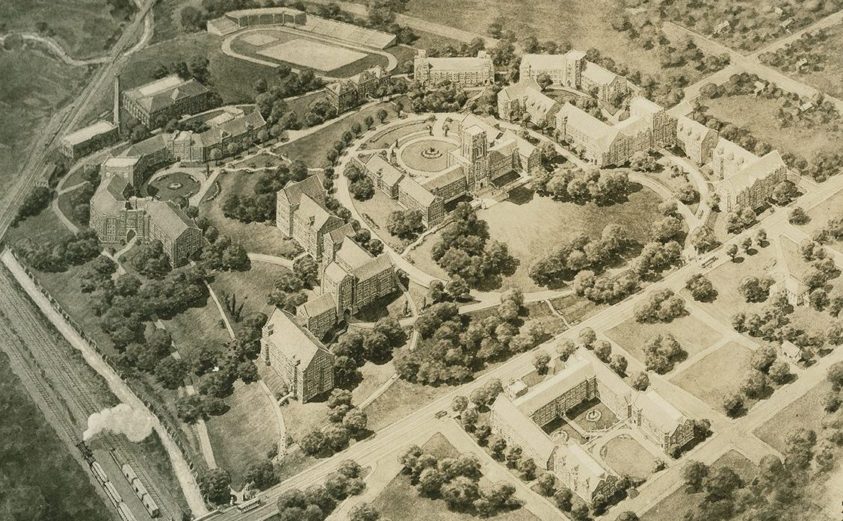